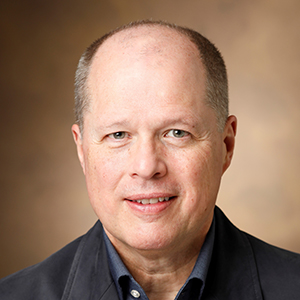 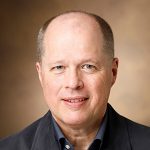 Edwin Trevathan, M.D., M.P.H., a pediatric neurologist and an epidemiologist, is the Amos Christie Chair in Global Health, Professor of Pediatrics and Neurology and Director of the Vanderbilt Institute for Global Health at Vanderbilt University School of Medicine.  His current research includes two NIH-funded projects based in northern Nigeria: (1) BRIDGE, a large cluster randomized clinical trial of shifting epilepsy care to community health workers in Africa, and (2) SEED, a large cohort study of clinical and genomic predictors of outcome among children with status epilepticus in northern Nigeria.    Prior to moving to Vanderbilt in 2016, Dr. Trevathan served in several leadership positions – (a) Executive VP and Provost at Baylor University, (b) Founding Dean of the College for Public Health and Social Justice at Saint Louis University, (c) Director of the National Center on Birth Defects and Developmental Disabilities at the US CDC, and Director of the Division of Pediatric and Developmental Neurology at Washington University in St. Louis and St. Louis Children’s Hospital. Dr. Trevathan has authored or co-authored over 100 scientific publications, and he has served on numerous editorial boards and international boards and committees.  Dr. Trevathan received his MD and MPH from Emory University, completed his pediatric residency at Yale and his neurology/child neurology residency at Massachusetts General Hospital/Harvard Medical School, and his epilepsy/clinical neurophysiology fellowship at Boston Children’s Hospital. He also served as an Epidemic Intelligence Service Officer at the CDC. He currently serves as a member of the Advisory Council for the National Institute of Neurological Disorders and Stroke (NINDS) at the National Institutes of Health (NIH).